It’s a sad turn of events when politicians are fighting to stop sexual harassment being the norm for girls in the UK.

It’s even more sad when I look back at myself growing up and realise that it’s most definitely the truth.

I’m going to take you back to 2011, I’d just turned 18 and going out every weekend was a given. I would opt for an earlier Saturday shift at work and go shopping in town and pick a nice outfit* to go out in.

*nice outfit to go out in was always something skimpy that showed off my curves and the higher the heels the better. I finally learnt my lesson regarding the extremely high heels around the fifth occasion I broke my ankle.

I would call whoever I was going out with to see what time we were getting ready for, drink half a bottle of wine each, and head on out.

I was young, I was single. I was having a good time with my friends, dancing and drinking in a club, but every single time I went out you could guarantee that one or both of us would flash each other a look while we were dancing.

That look meant: “This guy behind me is running his hands where he shouldn’t. This guy is freaking me out. This guy needs to get the hell off me.” and we would move to get away.

If he followed we would say get off, and move again.

If he followed yet again we would make up some stupid excuse that we were in a relationship, or married, or in a lesbian relationship together.

And back then, that was that.

The men who’d do it would think we should find it flattering . I mean THEY found US attractive. WE got dressed up to the nines of course we want attention. 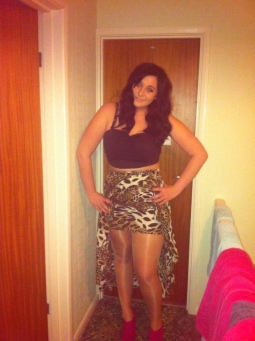 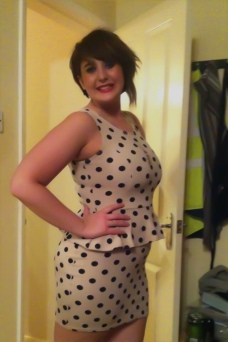 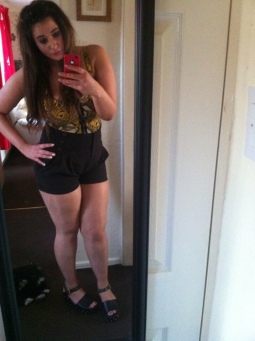 Fast forward seven years, I’m now 25 and MPs are rallying to make sure that girls growing up knowing that this is wrong.

Women should be allowed to wear a sexy outfit and feel sexy without fear that they will be groped or worse.

Women should be allowed to be single and go out with their friends and if thy don’t want any more interaction say NO and that be that.

It makes me sad to think that when I was younger I didn’t know this and that because it happened so often it was portrayed as flattery.

It is never a compliment for someone to grind up behind you/touch your arse/grope you without your consent.

And it still happens now, but I am a lot more aware and have taken a much firmer approach. Earlier this year my friend and I and our partners were out in a pretty casual pub. A load of old school tunes came on and we couldn’t contain our excitement and we had a bit of a dance. There was a guy who was pretty drunk and he kept dancing near me and started to put his hands out as if he was going to touch me and I side stepped. My boyfriend gave him a strong word but he didn’t get the message. He started wandering over to my friend who again side stepped his attempts at touching her and my boyfriend took matters into his own hands and the bouncers came over and assisted.

It shocked us all that he would be so forward, and it didn’t even phase him that our partners were there. I don’t know how far it would have gone if it was me and my friend.

I’m pleased that something is now being done to stop this warped world from becoming the norm, and I hope that by the time I have kids, they will be able to go out and know exactly what behaviour is right.

The fact I sent this blog to a couple of friends to check before I posted in case I was being a ‘snowflake’ just shows how far we need to go before anything really changes.